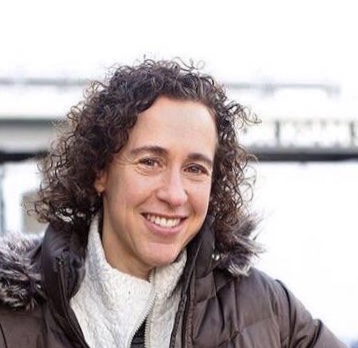 Somehow, Margie Alley does it all.  A school social worker, mother, and 10 years into Parkinson’s Disease (PD), (seven since diagnosis), she’s still taking the daily exercise prescription to heart.  She’s active in the gym, playing tennis, and her new passion, ping pong or Table Tennis.  Plus, she’s just made an inspiring video with friends who are well-regarded documentary filmmakers. It can be seen on the following link along with exercises for people with Parkinson’s disease.  https://m.youtube.com/watch?v=sYFMarC6tHc&feature=youtu.be

How did you first get involved with the Parkinson’s Unity Walk and The Parkinson Alliance and what does it mean to you?
In March 2012, I was just diagnosed. A friend of mine knew Jim McNasby, who is very active in the Walk and the Alliance. We talked, and he was so inspirational! I was curious to see what the Unity Walk was all about. I’m going to be in a sea of people with PD, is that going to scare me? I decided I really wanted to do it.  But it was the same date as my daughter Izzie’s 16th birthday party, and we had planned to go to the Bronx Zoo. So, I asked her if we could switch the date of her party.  And Izzie surprised me by saying, “…can’t me and my friends walk for you?” I told her this is her day, you’re only 16 once, so think about it for 3 days and if by the 3rd day she still wanted to do that… then we’ll do it.  Well, she did, and we did it that April.  We call our team Margie’s Movement, and that first year it was small, just close friends and family.  The first year was very overwhelming emotionally, in a good way.

We now walk every year.  I like the spirit, — just to see the sea of people that all know about Parkinson’s, get it, understand it, and want to support a family member. To me it’s inspiring. And I really like those information booths. I always plan time to talk to people in the booths about the latest technology, medicine on the horizon, that sort of thing.

What or who inspires you?
Anyone who is faced with a challenge and decides to be proactive and do something about it rather than let it take them over. Anyone who is optimistic when faced with a challenge and can do what they need to do to fight it. As an individual, a person who inspires me is Jim McNasby. He’s active at work— he has a big job— but he still does a lot for people and to keep himself healthy.

What’s the most important thing for someone newly diagnosed to know?
That everybody gets the disease differently.  You’re not doomed necessarily. Not always the hand trembling, stooped-over person.  This disease manifests itself differently in every person. But the one thing you have control over is exercise. It is so important for them to know this from the start. Yes, you have Parkinson’s.  But the sooner you can embrace it and own it and talk about it and not hide, the better you’ll feel.

For me it was a process to get to that point. I know it takes some people longer than others. If you can get there, it will really be helpful in the short and long run. It’s both liberating and empowering.

What about if a loved one has PD?
They should know that it’s important to allow them to do whatever it takes to do the exercise.  That may mean less time for the person, your significant other, who you’re connected to. But they need to understand how imperative the time commitment is for someone newly diagnosed. It’s important to embrace it and support, help or join them. In general, if a dear friend or family member is diagnosed, you need to respect whatever it is that the person needs to do to feel good about themselves with the disease. Honor, respect and encourage it.

What do you wish people in general knew about PD?
People need to know we’re not sick.  Like a cold or something. I’m healthy. I’m not sick; I just have this disease. That’s the wrong word, sick.

What should people say?
I heard you were diagnosed. I’m thinking of you. I’m sure it can be challenging, but I’m hoping you can feel OK.  Just need to know I’m thinking of. You have my support.

What are you most proud of?
I’m so proud of the film I just made because my friends are pros and it turned out better than I anticipated!  I’m proud of my health and how strong I feel. My ping pong, my tennis.  I’m a ping pong fanatic! In early October, we held the World Table Tennis Championship for people with Parkinson’s at the ping pong club owned by Will Shortz, the crossword editor of the New York Times.  We had sponsors and 60 people from 12 countries attend, with different divisions for different symptoms, as well as singles, doubles, and so on. It was amazing and I helped to organize it.  I play every week without fail. I’m proud that I can still function on a high level. I’ve worked hard on it. I don’t know how long it will last. But seven years in, I feel strong physically. I feel proud of that.

Do you have a favorite saying?
Yes. There is one thing I say to myself every day before I go to bed. I say, “Tomorrow’s a new day.” It reaffirms that every day you get a chance at a fresh start. If you’d had a bad day, put it aside and tomorrow is a new opportunity.  Plus, if I can make this fun, I win!

What began as a forum to tell the story of DBS therapy now extends to the community at large.  People with Parkinson’s generously share their own stories — of challenges and victories —  to help others realize they are not alone. You too can connect with others by sharing your own story. Contact us.