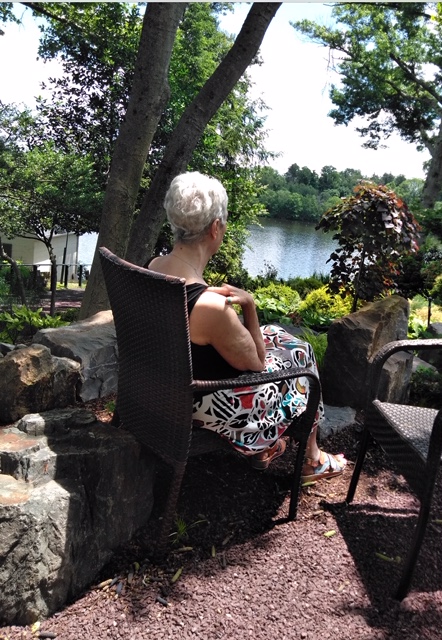 By now the readers of this blog are aware that our beloved co-Founder, Margaret Tuchman, died this past December 2018. It was always her mission to give the people in the Parkinson’s community all the tools possible to make their quality of life as good as possible.

For many years I had the honor of working with Marge on a variety of projects, including writing this blog. I am very pleased that I, along with The Parkinson Alliance, will continue writing posts and sharing with the community the very things that would interest and excite Marge.

In the later years when Marge spent most of her time in her office, which had a huge picture window that overlooked a gorgeous garden that fronted a large lake, I’d read from our favorite websites. One treasured site was brainpickings.org. It’s run by Maria Popova, and Maria was on the top of our list of people that we’d imagine one day having over for tea and conversation. Just recently as I was pursuing articles on that site, I came across a post that I read to Marge called “Simone de Beauvoir on How Chance and Choice Converge to Make Us Who We Are.” I smiled remembering how much we enjoyed the line, “To be alive is to marvel — at least occasionally … at the Rube Goldberg machine of chance and choice that makes us who we are as we half-stride, half-stumble down the improbable path that lead us back to ourselves.” Yes, we did look up and learn from Wikipedia that a Rube Goldberg machine is a machine intentionally designed to perform a simple task in an indirect and overly complicated fashion. My simple task of reading to her often became complicated by our bouts of laughter and side journeys of commentary, questions, clicking around to find answers, and making more discoveries. I always admired that laughter and discovery, despite the growing toll of her Parkinson’s, were always Marge’s primary choice.

That article did allow us time to reflect on our lives, the choices we made, and the circuitous routes we each took that resulted in our paths eventually crossing and merging into a close bond. Margaret took a chance by diving directly into the Parkinson’s community and making roads where there were none, and she made the choice of giving it her all. I took a chance by answering an ad I saw long ago only because a friend was late to lunch. That chance later resulted in my choice of working with Marge, a time I will always treasure. I marvel that she never complained about her Parkinson’s or what it continued to take from her. Instead she used it as a focal point to shine light on — light on research, on education, and on an ultimate cure. While Marge did not live long enough to see that a cure, we can take tremendous pride in knowing we have the choice of blazing that road until there is one.

Our lives are about chance and choice. Marge’s memory reminds us to take a chance and make the choice to laugh, to discover, and to carry on her mission. The Parkinson Alliance and I hope you join us.

– Gloria Hansen for The Parkinson Alliance