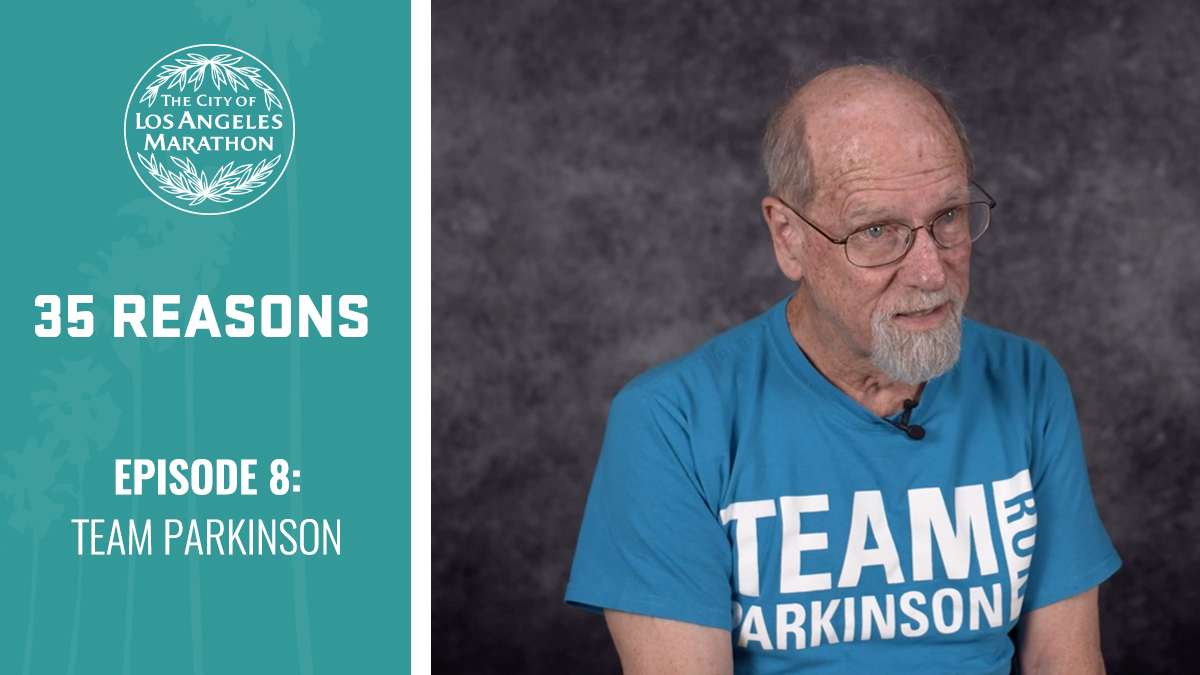 KINGSTON, N.J., November 8, 2019 — We are thrilled to announce that the Los Angeles Marathon released this incredible video about Team Parkinson and John Ball’s commitment to the Parkinson’s disease community. Together with Edna Ball and fellow Team Parkinson family members, our very own Co-Chair, John Ball sat with the Los Angeles Marathon’s 35 Reasons, a ground-breaking original series from the Conqur Endurance Group — to talk about his reasons why he runs for the Parkinson’s community.

Team Parkinson was formed in December of 1999 when John and Edna Ball, Co-Chairs for Team Parkinson, sat in an apartment in Los Angeles along with several others dedicated to making a difference in the Parkinson’s disease community. That meeting brought together The Parkinson Alliance and the newly formed Team Parkinson, a soon-to-be official charity of the Los Angeles Marathon. In March of 2000, Team Parkinson participated in that marathon, and the rest, as they say, is history. Part of that history is almost 3 million dollars we’ve raised for research!

“We’ve been doing this for all these years, but the passionate drive of the work we do is still there!” stated Edna and John Ball.

Team Parkinson will once again be part of race weekend in the Los Angeles Marathon in March of 2020! On Saturday morning, March 7, we will have a large presence in the LA BIG 5K at Dodger Stadium. This amazing effort shows the true grit and determination of so many living with Parkinson’s disease, as they, along with their friends and family, finish this tough 3.1-mile course and receive their very well-earned medals.

Then on Saturday evening March 7,  all registered participants are invited to join our annual carbo-loading dinner; the evening will recognize and honor the 5K runners and walkers, it will be a chance to hear from a Parkinson’s disease researcher, and cheer on our athletes who will be participating for the full marathon or the Charity Challenge half marathon on Sunday, March 8. As always, we’ll be at a cheering zone near the end of the race to welcome our runners to the finish line!

To join Team Parkinson at the 2020 Los Angeles Marathon and the LA BIG 5K, visit our website and run, walk, cheer, and donate for our important cause.

Fundraising is at the heart of The Parkinson Alliance. We raise funds to support research to end Parkinson’s disease and to improve the quality of life for those living with the disease. Click here to view all Team Parkinson events.