Martin Tuchman, Chairman of the Board

Home » About Us » Martin Tuchman 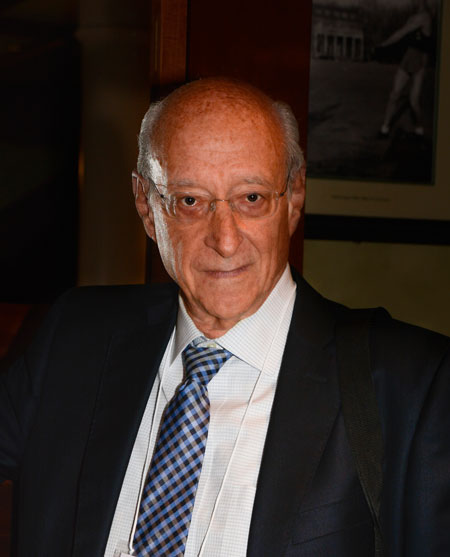 Martin Tuchman graduated from New Jersey Institute of Technology (Newark College of Engineering) in 1962 with a Bachelor of Science Mechanical Engineering degree and then earned an MBA from Seton Hall University in 1968.

He went to work at Railway Express Agency (REA) in 1962 as an automotive engineer. While at the agency, he worked for the American National Standards Institute and, together with a group of other shipping engineers, developed the current standard for intermodal containers and chassis. The purpose of the standard was to allow for total interchangeability of equipment in every model rail, truck and ship, as well as structural integrity. It is still being used today.

In 1968, Martin Tuchman and Warren Serenbetz founded Interpool, one of the nation’s leading container and leasing corporations.

In 1978, TBG Holdings, N.V., an international holding company, acquired Interpool, and Tuchman remained as CEO until he left in 1985.

In 1987, he formed Trac Lease, and developed it into the largest chassis leasing company in the United States, with over 150,000 units operating over the road and in rail service.

During 1988, Mr. Tuchman re-acquired Interpool and had it listed on the New York Stock Exchange in1993. Today it ranks as one of the top three International leasing companies in terms of net worth, with headquarters in Princeton, New Jersey and offices strategically located throughout the world.

Among his many public positions, Mr. Tuchman served on the United Nations Business Council, and the Board of Trustees and Board of Overseers of NJIT.

As Chairman of The Tuchman Foundation, The Parkinson Alliance, and the Parkinson’s Unity Walk he works with Parkinson’s organizations whose scientists select grant applications for National Institute of Health’s (NIH) approval.

In 1995, Mr. Tuchman was honored as Entrepreneur of the Year in an awards program founded by Ernst & Young LLP, and in 1996 was named Alumni of the Year by the New Jersey Institute of Technology.

In 1999, Mr. Tuchman and Interpool were recognized by Inc./Cisco Systems, receiving the Grand Prize, as part of the “Growing with Technology Awards” program for small and medium-sized businesses that are networked for growth through the innovative use of networking technology and the Internet.

In the beginning of the new millennium, Mr. Tuchman prepared an extensive case study of Interpool, Inc. for the 2000 Computerworld Smithsonian Collection. Through Mr. Tuchman’s effort, Interpool Inc. was nominated for the world Smithsonian Award. Interpool’s material is now part of the Permanent Research Collection on Information Technology at the Smithsonian’s National Museum of American History.

In August of 2000, Mr. Tuchman was elected to the Yardville National Bank’s Board of Director’s and served on the Executive Committee.

He is also Chairman of the Board of Princeton International Properties, a real estate company with direct ownership, as well as partnership interests, in properties located in Princeton, New Jersey.